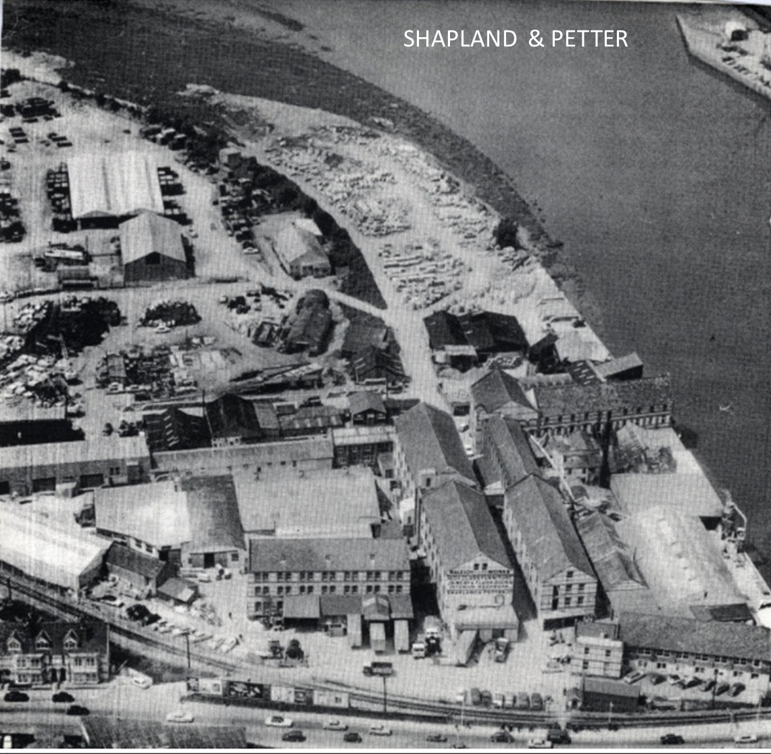 Did you know our door-making heritage dates back to the mid 1800s when a young man from Barnstaple set sail for America and with it changed his life along with countless thousands of other people in North Devon? Henry Shapland has a fascinating history with the woodworking skills he developed being passed through the generations up to today. Although we're not a direct descendant of that firm, we carry the torch and are proud to continue this rich heritage. When the firm that still carried Henry’s name, Leaderflush Shapland, shut its doors in Barnstaple at the end of 2012, 160 years of door making history was brought to an end. But not for long. Our Managing Director Rob Llewellyn and fellow Director Stan Bond worked at the factory that was based alongside the River Taw, in Rob’s case since 1985. But they weren’t going to see the craftsmanship skills fall by the wayside as Stan explains:

When the factory shut it was a devastating day for all involved, so many people had worked for Shapland and Petter and then Leaderflush Shapland for decades. Sons, fathers, grandfathers, great grandfathers – all passing down those woodworking skills to the next generation. We knew there was still a demand for high quality doorsets and so we set up Principal Doorsets in 2014.”

The new firm began with premises in Bideford before a move back to Barnstaple and the current site (also alongside the River Taw) in Pottington. The current factory is less than a mile from where Henry Shapland started the tradition of woodworking in the town in 1854. Back then at the age of 27, Henry had already worked in London and lived in America. It was across the Atlantic that he saw a wood moulding machine that was to change his life and that of thousands of others back home in North Devon. Stan explains:

“We understand that Henry copied down this machine on paper and brought the design back home to Barnstaple. He then started making ornamental mouldings that he and another local man Henry Petter began selling and so Shapland and Petter was born. They moved on to producing custom made furniture and [Stan Bond] occupied a factory in Pilton (near to the North Devon District Hospital) until that burned down on 1888 Shapland and Petter built a large replacement factory on Anchorwood Bank. They were selling these items around the world before turning their attention into making beautiful doors and the rest as they say is history.”

The door firm continued throughout the 20th century, with the name changing in 1999 to Leaderflush Shapland after the original firm was taken out of local hands in 1992 when it was bought by the Newman Tonks group. Sadly, the financial problems that began in 2008 eventually saw the factory close in 2012. But what would Henry Shapland have thought if he could have seen what his one-man woodworking business had turned into? We’re proud to continue his legacy in North Devon and keep these high quality craftsmanship skills alive, alongside the latest CNC machinery of today.